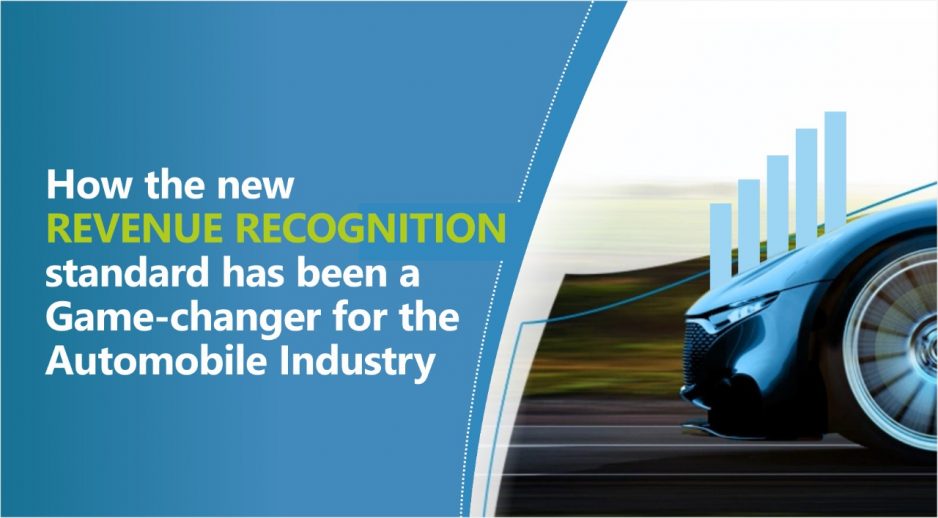 How the new Revenue Recognition standard has been a Game-changer for the Automobile Industry!

Did you know that the Revenue Model of the Automobile Industry has completely changed due to the implementation of IND AS 115 and IFRS 15? This has impacted the Net Profits of major Automobile Companies like Tata Motors, M&M and Ashok Leyland. Let us find out how!

What are Multiple Element Contracts?

Multiple-element contracts are when the seller provides more than one or a combination of products or services to the buyer.

What was the Revenue Recognition of Multiple Element Contracts as per IGAAP?

Under IGAAP there was no specific requirement of unbundling of services. Entire revenue was recognized upfront.

How are Multiple Element Contracts accounted as per the new Revenue Recognition Standard?

As per IND AS 115 and IFRS 15, “components of sale are to be UNBUNDLED and recognized SEPARATELY at the Time of the Performance if the goods or services are DISTINCT”.

How to assess whether a good or service is distinct? – Determine through the below 2-step model:

Step 1– The customer can benefit from the good or service individually or with other readily available resources.

Coming back to how this changed the entire revenue recognition of the automobile industry, let us understand with the help of an example:

The sale components in the above transaction are:

Applying the above 2 steps, it can be concluded that the 5-year warranty and Maintenance Contract can be “used to the benefit of the Customer individually” and are “not highly dependent on other promised goods or services in the contract”.

Which implies that each component will be unbundled and recognized SEPARATELY at the Time of the Performance.

Therefore, Revenue Recognition by Ashok Leyland will be as below:

What is the impact of this changed Revenue Recognition Model on the bottom-line of the Organization? 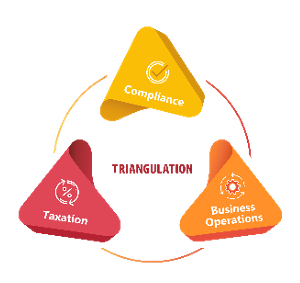 This changed way of Revenue Recognition as per IND AS 115 and IFRS 15 will lead to a DEFERRED Revenue recognition(Warranty over 5 years and Maintenance Contract at over 2 years) rather than upfront recognition as per IGAAP leading to a direct impact on the EBITDA and Net Profits of Ashok Leyland!

Let me know in the comments below if you found this insightful!

To know more on how the new Revenue Recognition Standard will have an impact on the bottom-line of the organization + a complete orientation of our IFRS PRO Program Journey (when, what, and how), sign up for my 4.5-hour IFRS PRO Session where I take you through all the Practical Implications of IFRS and how you can apply these to be ‘Industry Ready’ and ‘Dip IFRS Exam Ready’: 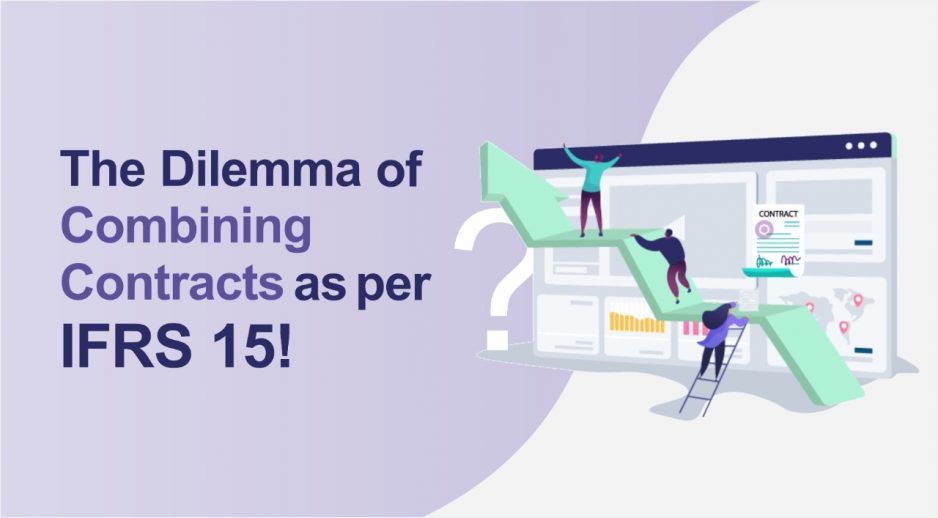 Did you know that after the introduction of the new IFRS 15 standard, one of the most contentious issues & challenges is – when should an entity combine two or more contracts as a single contract?

Let’s understand with the help of a simple example:

Both Indian Oil Corporation and Bharat Petroleum are controlled by the Ministry of Petroleum and Natural Gas, i.e., both the companies are Government-owned. While negotiating the contract with these entities, Oracle Inc consented to provide a deep discount only if both the companies agreed to purchase the Automated procurement system from Oracle Inc.

Oracle Inc. is in a dilemma as to whether to account for this as 2 separate contracts or a single contract? Let us solve the dilemma as per IFRS 15!

If two or more contracts are entered “around the same time” and “with the same customer”, they can be accounted for as a single contract, if any one of the following are met:

Important Note: A judgement needs to be made by the entity if the contracts are entered “around the same time” as the standard does not provide a specific period to define such term.

Coming back to Oracle Inc’s dilemma,

Both Indian Oil Corporation and Bharat Petroleum are owned by the Government of India, which means that the contracts are entered with the same customer.

The contracts are entered within two weeks, and it would be safe to assume that this classifies as ‘near same time’ for Oracle Inc.

It is evident from the negotiations of Oracle Inc. that services would be provided at a discount only when “BOTH” the government owned entities purchase the automated system. This implies that the contracts are negotiated with a single commercial objective and consideration of one contract is dependent on the other contract.

Oracle Inc. thus fulfils not just one, but two criteria which are stated above.

Thus, the contracts with Indian Oil Corporation and Bharat Petroleum should be accounted for as a single contract by Oracle Inc.

If you have encountered a situation where you had to determine whether two or more contracts should be combined or not, let me know in the comments below!

To know more on how contracts are accounted as per IFRS 15, join me in a 3-hour breakthrough workshop where I take you through all the practical aspects of IFRS 15 and how you can apply these learnings to become a finance leader in 2022!

Open chat
Hi There...!!
How may i assist you today?